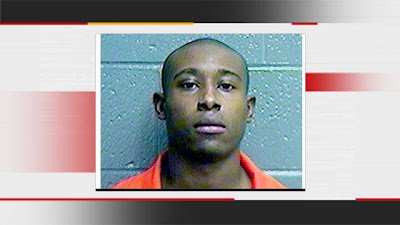 Just last night while watching Law & Order: SVU with Mrs. RiPPa I mentioned that I couldn’t be a cop investigating rape cases. I told her that if I was I’d probably lose my job for kicking the asses of the perps I encountered or arrested. And then today of all days, I get the following stories in my inbox. This first one right here? Man do I want to fuck this dude up. Yeah, you “accidentally” raped a 10-year-old girl, dude?

No seriously, this is the story you’re sticking with?


Now how in the blue hell do you not know that you’re having sex with a 10-year-old child? Seriously, Tristian; how in the world can you explain this to a jury. I don’t know how but I’d love to be the fly on the wall in the courtroom on that day. Hopefully this ass wipe saves the tax payers their money and pleads guilty. Anything else would be not only an insult, but a waste of time, energy, and money. And speaking of justice, check out what happened down in Texas:

REFUGIO, Texas – Investigators say a man died while in the act of raping an elderly South Texas woman.

Sheriff’s Sgt. Gary Wright said the incident happened June 2 after he rode two miles by bicycle from his home to that of his 77-year-old victim in the tiny coastal community of Tivoli.

He said the 5-feet-7-inches tall, 230-to-250 pound man sneaked into the woman’s house and raped her at knife point. During the attack, he said he wasn’t feeling well, rolled over and died.

His body was sent to the Nueces County medical examiner in Corpus Christi for autopsy.

Gutierrez was a registered sexual offender on parole from a sentence for aggravated sexual assault and indecency with a child. (source)

Now that’s some poetic justice for that ass! Too bad for the victim this turd didn’t croak once he hopped off of his bike. And yes his death is no consolation to her; but at least she can find solace and comfort in knowing that he will never be able to do what he did to her, to anyone ever again.