Home Uncategorized WOULD BARACK LOSE HIS “STREET CRED” WITH YOU? 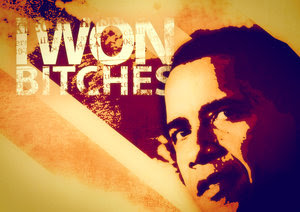 Yes, and by now you know that Black America’s favorite uncle…Clarence Thomas, is responsible for the review of the case by the Supreme Court in the case of Donofrio vs. Wells. It would appear that for some reason, and no I won’t dare say racism, there are people who have a problem with Barack becoming president even in the wake of the fact that his election was mandated obviously by the polls casted on November 4th.

Chances are, none of this will stop him from being sworn in. However, what if it did? What if somehow the Supreme Court, or the Electoral College came up with the idea, or exposed the fact that Obama is not a natural born citizen. How would you respond to that? Would you think its just another form of racism? I really would like you to think about that before you answer. I say that because I know it would be easy to pull the race card and call foul. And yes, I think the whole notion of him having to prove himself to be racist.

But aside from that or the motivation. What if it were true that he wasn’t a natural born citizen? Would he lose some credibility with you? Could you honestly say that he was irresponsible in his efforts to become president by hiding that fact, and took your(s) and the public trust for granted? Or would you just chalk it up to the same old racism as usual, and in doing so, give him a pass?

Colin Kaepernick is the Blackest Man in America