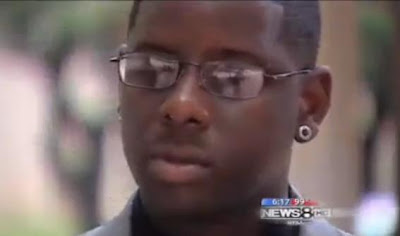 Before we meet this weeks award recipient, allow me to highlight a court ruling in Michigan yesterday that I’m sure in months to come will be heavily debated. The following story involves Affirmative Action and college admissions; which is tied to this weeks slave catcher award honoree:

Michigan’s ban on considering race and gender in college admissions was struck down Friday by a federal appeals court, which ruled that the voter-approved law burdens minorities and is unconstitutional.

The 2-1 decision overturns Proposal 2, a law passed in 2006 that prohibits the state’s public universities from giving “preferential treatment to any individual or group on the basis of race, sex, color, ethnicity, or national origin.”

The measure, which passed with 58% of the vote, forced the University of Michigan and other state schools to change their policies on admissions. The three-judge panel of the U.S. 6th Circuit Court of Appeals ruled that the law violates the equal protection clause of the 14th amendment.

The court took issue with the manner in which the ban was enacted. Because the law amended the state’s constitution, only another statewide vote could change it. This created a significant obstacle for minorities who objected to the law to overcome, ruled Judges R. Guy Cole Jr. and Martha Craig Daughtrey.

“Proposal 2 reorders the political process in Michigan to place special burdens on minority interests,” they said.

[…] Mark Fancher, an attorney with the American Civil Liberties Union, which was part of a coalition that challenged the law, said the ruling would provide equal opportunity within the admissions process.

“It reopens the opportunity for minorities to not only be heard by university administrators, but have an expectation that if they can persuade the administrators that there is validity in considering their racial identity, that the university can actually act,” he said.

Michigan Atty. Gen. Bill Schuette said he planned to appeal the ruling by requesting a rehearing with the entire 6th Circuit Court of Appeals. The law will remain in place pending a final decision.

The law “embodies the fundamental premise of what America is all about: equal opportunity under the law,” Schuette said in a statement. “Entrance to our great universities must be based upon merit, and I will continue the fight for equality, fairness and rule of law.” (source)

Oh yeah, there’s that dreaded word again: merit. Funny how that word is always brought up within debates on Affirmative Action. But sadly, it’s overlooked when it comes to the children of wealthy alumni donors.

Yep, merit automatically assumes that there’s no way anyone represented as a minority admitted, isn’t qualified; and obviously, said unqualified semi-illiterate-minority, takes away the opportunity for educational advancement for any obviously qualified person from the dominant culture.

Which brings us to this weeks slave catcher: Marcus Carter. Marcus who is Black, is the vice president of the Former Majority Association for Equality, an organization that awards college scholarships exclusively to white men:


Now look, I have no problem with white men getting scholarships exclusively. I mean hell, what’s wrong with making the assertion and execution white privilege official, right? However, something just ain’t right with a Black man the vice president of, an organization who sees themselves as a “former” majority, now turned minority.

Nothing against white men; seriously, some of my good friends are white men. Hard to believe, I know, but it’s true. But this is what baffles me: when the hell did you guys become a minority? No seriously, you guys had a significant head start in this vast land of freedom and opportunity that is America, what happened? Are youse guys that starved for some oppression in your lives? Do you think this makes us even?

I’ve given this award to many people for the last 3yrs, but Marcus has to be the most deserving. I know, that’s hard to believe given the actions of the many slave catchers before him. And as painful as it is to give it to this obviously misguided 27-year-old Black man who has never seen any oppression (?).  Award him I must. His actions folks as small as it may seem to some, is right up there with maybe the chopping off of Kunta Kinte’s feet.

I’m sure Marcus feels that he’s doing the right thing. Helping the less fortunate is never bad. However, being a minority and being pimped assisting a group who falsely claims minority status, is slave catcher behavior. One has to wonder whether Marcus would donate his time, money, and energy to the United Negro Scholarship Fund as he does to his old army buddy. Though I don’t know him, my guess is resounding hell no.

Somewhere, there’s a dead slave who wasn’t allowed to learn to read crying.