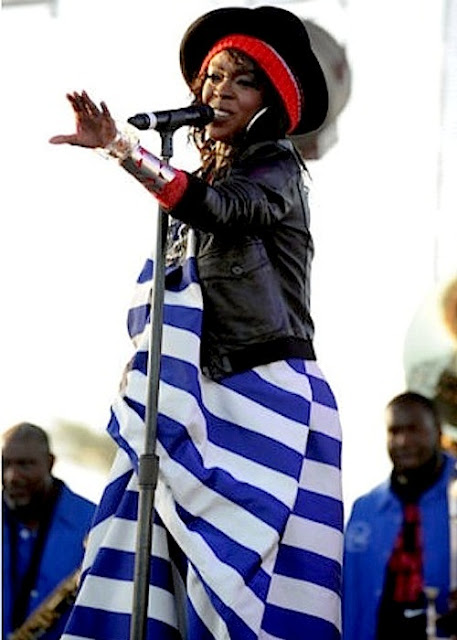 So Lauryn Hill announced recently that she is currently pregnant with her sixth child. Yep, way to go Lauryn!!! But it would seem that this announcement has a few sisters around the interwebs a bit upset. According to them and their chatter, this is so not good news. Supposedly, Lauryn has been having all these babies by Rohan Marley, son of the late great Bob Marley, who is a married man. And of course having six kids by a married man just ain’t the thing to do. Yes, Lauryn Hill’s vagina has been making Black women look bad.

Now what I’m about to say my seem highly hypocritical given the way I pretty much shitted on Fanbtasia last year for getting caught up and becoming pregnant by a married man (read here). But this one is a little bit different, folks. In my defense, I’ma be real: Fantasia ain’t no Lauryn Hill. Not shitting on Fantasia again, but, the only sisters she has ever given a sense of empowerment too is your everyday alleged hood rat. You might not agree, but that’s what I think. Besides, if hood rats were really empowered by Fantasia, her shit would sell more than Lauryn’s “Miseducation…” album, thus giving Fantasia the opportunity to be on a 25yr hiatus, but I digress.

So where was I? Oh yeah, Black women upset because Lauryn Hill’s vagina is making all Black women look bad, “because you know how they always look at Black women as trifling single women on welfare ‘n shit, RiPPa.” Alright, so yes, this stereotype has been around forever and a day now, but using Lauryn Hill being a single Black mother as emblematic of a problem supposedly exclusive to Black women? Umm, get the fuck outta here with that bullshit. No seriously, miss me with garbage, people. Y’all are too caught up in what them white folks certain people think about you. Yes, all of a sudden y’all scared to eat fried chicken and watermelon in public, because, well, you know to do so will make you “too Black” in the eyes of white folks… who do the same thing.

Listen ladies, Lauryn Hill can have six kids by a married man if she so chooses. She represents Lauryn, and by extension the Hill family, and not all Black women. Unless she owes you babysitting money, shut your damn mouth. Besides, she still has Fugees money, and isn’t down at the social services office signing up for Section 8 and Food Stamps. And, she’s able to avoid doing that because “Killing Me Softly” is still number one in some third world country right now. She can afford to have a small African village fall out of her coochie should she choose. But you on the other hand? You wrote poems in high school that will never be published; you’re single, broke, and you’re mad you never got your tubes tied after baby number three. Yep, hardly a position of female empowerment; but the struggle continues.

*fist in the air*