Home Uncategorized Excuse me officer…. does this bag look a little short?? 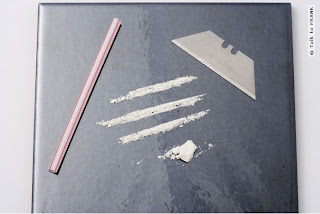 This is one for the WTF files…. a story of epic dumbassness.

EAST HARTFORD, Conn., March 16 (UPI) — Police in Connecticut said they arrested a man who called 911 to complain about being “cheated” in a cocaine transaction.

East Hartford police said Antonio Recinos, 35, called 911 at about 1 a.m. Sunday to say he had been “cheated” after paying $40 for 0.4 gram of cocaine, The Hartford Courant reported Tuesday.

Investigators said Recinos later approached an officer on patrol and showed him the baggie of cocaine he had earlier purchased. The suspect, who appeared to have been drinking, told the officer he had not received enough cocaine for what he paid.

Recinos was arrested and charged with possession of narcotics. SOURCE

Damn… that cocaine and alcohol combo really scrambles the brain, doesn’t it??? For real though, this man seriously needs rehab, not a stint in jail. I mean, I have really got to wonder if, subconsciously, this man was really crying out for help…

Whether the man was just not thinking straight because he was intoxicated, or he was looking for an way to get clean and did this out of desperation, I really hope he does begin the recovery process.

Because, the truth is, if you are not even thinking straight enough to hide that shit from the police, you REALLY do not need to be partaking…. I’m just saying…..

In Defense of Kanye West, That’s Mr. “Monster” To You