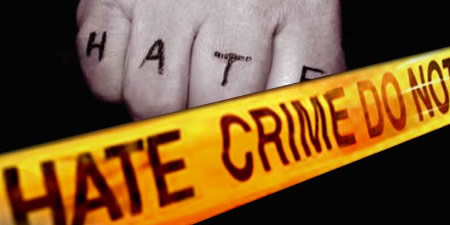 Sometimes racism chasing can be tricky. Sometimes when I read stories such as the following, I develop an instand screw face, and I’m left wondering was this racism? A professional racism chaser has to be careful throwing out race cards in this post-racial society. I mean, since things are different in America now, nobody wants to throw down a race card egregiously. These days those things are expensive, and then there’s that whole credibility thing, and please believe we don’t need a Tawana Brawley on our record,

So with that said, lemme know if this was racism, or just a bad prank:

A black member of the school wrestling team claims he found a brown practice dummy with a noose around its neck when he reported for practice last month.

The student also said he was bear hugged by a couple of teammates, chained to his locker and had racially-charged remarks directed at him.

Santa Monica police said they were informed by the teen and his mother of what allegedly happened in the gymnasium last Wednesday.

Detectives said they have interviewed peopled they believe to have been involved and are continuing their investigation to determine whether it is a hate crime and if assault charges should be filed.

In an email to parents, the school principal said the students allegedly involved in the hazing were suspended and that the entire wrestling team went through sensitivity training.

“They should’ve followed our policy which called for the involvement of the Santa Monica Police Department,” de la Torre said. “The other thing that should’ve been done, they should’ve notified the parent. I think that was a lapse in judgement on their part.”

Students at the high school said everyone usually gets along well.

“It’s just sad that kids from our school would do that to a black person,” said student Afrikara Washington. “We have black people all around.” (source)

I dunno y’all; I’m really conflicted on this one. Was this really a hate crime?