After the racially charged, circus like atmosphere that was the RNC (Republican National Convention), it would seem that the DNC (Democratic National Convention) would have its hands full. There was a lot of negative connotations that would easily make the DNC the preferred convention for media coverage. However, the sensationalism of the RNC would have to be strategically countered by honesty and focus during the DNC. In short, the Democrats would have to simply come with their “A” game focused on the issues the people care about.

Beyond all of this, the first day was dedicated to endorsement power. And with a convincing endorsement of Hillary Clinton, Michelle Obama came out the winner.

Then again, Michelle Obama has been winning for the past couple of weeks.

Michelle Obama was probably the biggest story of the RNC. After Melania Trumpwas proven to plagiarize a speech done by Michelle in years past, there was nothing but a media circus around it. Whether it was research, interviews, or memes of humor, the republicans couldn’t shake the attention Michelle Obama was receiving. The RNC was supposed to be all about supporting Trump. Alas, it became a hate fest that proved their best moments were copied from someone greater. 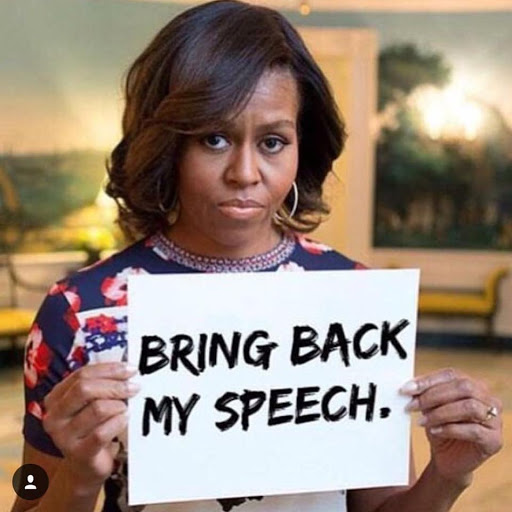 Michelle won the RNC without even uttering a word.

Now, the winning streak continues as Michelle Obama gave a speech that pretty much summarized her experience as a first lady in the White House.

Eloquently, Michelle Obama took some veiled shots at the naysayers. She talked about how she urged her daughters to “ignore those who question their father’s citizenship or faith”. She also made sure to “insist that the hateful language they hear from public figures on TV does not represent the true spirit of this country”. She even made note that “when someone is cruel or acts like a bully, you don’t stoop to their level”. Thus, Michelle Obama opts to “aim high” while the haters “go low”.

And then there is the moment of historical context. Michelle Obama laid out some facts for interpretation for this nation:

That is the story of this country. The story that has brought me to the stage tonight. The story of generations of people who felt the lash of bondage, the shame of servitude, the sting of segregation, who kept on striving, and hoping, and doing what needed to be done. So that today, I wake up every morning in a house that was built by slaves. And I watch my daughters — two beautiful intelligent black young women — play with the dog on the White House lawn. [1]

You see, Michelle recognized this as a time to realize the infinite possibilities through the view of her progress. The Obamas had reached the unimaginable. They were the Black family coming from the stewards of academia and grassroots achievement to become the pinnacle of political placement. Even through all the strain and strife, no one could take away the fact that they attained what was considered unattainable.

Michelle Obama Won All Around

I know a lot of people that are in love with Michelle Obama. It is quite hard to find fault with their convictions. It has already been understood that Michelle is the biggest reason Barack Obama became the man he is today. From there, she has become the backbone of one of America’s most notable success stories. Still, Michelle Obama has a story of success all her own.

And that success story just so happens to have two new winning moments added to its timeline.