I chuckle at the Oscar winning performances of my former congressional representative, Maxine Waters. She learned well from the Tinsel Town just north of her district, as she is full of drama, and is quite the diva. But everyone on the hill knows her reputation of being quite the bullying chick, even during tea time.

And I’m not going to front, the Hill is a white man’s upper echelon world, and is a hard place for people of color and women, especially women of color to gain footing. So being hard and hardened is a very nasty and unwelcoming part of the job.

I applaud the congresswoman’s backbone for being over 70 and still raising hell, or sending people to it. But Maxine, you better watch out, your granny panties are soaked in premium petro.

Her recent “Go straight to hell,” comment to the Tea Party in an Inglewood, Calif. forum, interestingly comes after her feet have been placed in the fire for ethics violations, like several other black congressional officials. Simultaneously, her black middle class constituents are anxious as their pseudo-comfy lifestyles are bottoming out, and now they are questioning “What the fuck has she really done for our community in the last 15 years?”

You see, Maxine is like every other congressional official who has garnered tenure from a loyal, politically complacent voting bloc due to a couple of political tricks, some federal chump change, and about a dozen church appearances a year to show she is still connected to the voters. 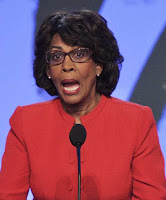 But that is like most voting blocs on all partisan sides, parties tend to vote for their party.

However, as a congressional official who represents a population that is still under-resourced, there is much more work to do other than have a forum with Wyclef while wearing stunna shades at the annual CBC convention.

In fact, Waters has been quite the unapproachable asshole on the Hill, and as a former constituent she has always been unreachable for every concern.

But if I were a party of interest, someone with a fancy, big name or even bigger cash, she would definitely have the time.

Minions like me who wanted to help during the Haitian relief efforts back in 2004, but our local campaign wasn’t shit to her global agenda as she plane-hopped to Africa while exclusively speaking to that Amy chick from Democracy Now rather than show up to at least one local event that wasn’t highly publicized.

Minions like me tried understand why she gave the copious information gathered about the CIA funneling crack into black and brown Los Angeles communities to Bill Clinton as a bartering chip to save his presidency rather than file it as genocide in the United Nations like she had promised.

Minions like me wondered how her district has been going through serious gentrification and suffering horribly from severe job loss, failed black businesses, and a Cali housing implosion leaving many homes foreclosed for years while she lives well in a house in Hancock Park, not anywhere near the congressional district she serves.

Oops, sorry, I think I’m sounding a little too much like Cornel West. 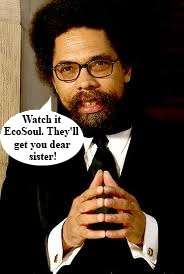 But Maxine Waters who has claimed she is for the people, now wants to rally black folk after she has habitually forsaken our interests due to wagging her tongue and tail to be in the Obama circle like it was a Basketball Wife shindig.

And Obama, in pure snake fashion, kept her and the Congressional Negro Caucus at a cordial distant—close enough to get them to vote how he wanted, but far enough to not have to entertain their long list of honeydo’s and back scratching.

You see Maxine, you or we haven’t arrived, and it seems that you have been reminded as such.

Quid Pro Quo doesn’t apply to Negroes at the back of the bus, even if you are Congressional senior ranking members.

But I do get the ugly politics on the Hill. The well-tenured black congressional officials mostly have high rankings in their committees, and needed to be quashed or dethroned, so to speak, to move a certain agenda forward. And as they were plucked like feathers of a chicken head, none but God came to their aid. And that wasn’t Obama. He kind of politely said the same thing that Waters conveyed in his actions of no-reply-isms, “Go to hell.”

As is all the Congressional Negro Caucus, who are turning in their drawers full of loose bowels due to them being rejected and ignored by the POTUS, who halfheartedly entertains the permed-haired opportunist known as Sharpton.

You see an unelected somewhat political joke still wearing a conk is easier to tame and control than the elite CBC with their asses on their shoulders and Tom Joyner social club to appease. All Sharpton needs is an MSNBC show and a lifetime supply of Dark N’ Lovely.

So Maxine, now you know how it feels to be unheard. Welcome to our hell. Massa sick and he don’t give a fuck about you.

But I am still not convinced that the traveling circus patched together by you and your cronies in the last 3 seconds of the game is the play that is needed. The rules changed boo, and not to your favor. This shit needs more than a Hail Mary pass to Rep. John Lewis, the veteran with bad knees and a pacemaker. I don’t think his prayers and constant reminders that he walked with King will save us this time.

Folk need real jobs, credit opportunities, and this racial shit that got e’erbody from hillybilly honkies to ride-or-die Chicanos ready to blaze this bitch needs to be put down.

Whose Dick is This? Uhh, Yours Anthony?