A couple of days ago I was floored to discover that one of my favorite paranormal writers, L.A. Banks was fighting late stage renal cancer. Her editor notes that she is in an “uphill battle” that also includes skyrocketing health care costs.

Ironically, this video is of Banks talking about her healthcare insurance issue a couple of years ago when Obama’s universal healthcare system was being pushed. Eerily, Banks talks about an issue that she is now facing, not enough healthcare coverage to pay her bills. 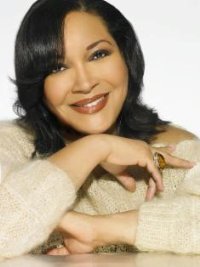 Along with the F for failure in universal healthcare, I am ashamed to have voted for someone who is consistently turning their backs on those who put him in office.

I represent a new class of people, it is the professional poor, people who have degrees out of the ass, but are barely or not making it at all. In this recession we are either unemployed, underemployed, or being pimped out at a job paying us a for a portion of what we do. We are either without healthcare insurance or under-insured, and in serious debt. Just like Banks, my talents, my education, my contributions to American society bear very little significance when it comes to protecting greedy corporations and jack-legged politicians.

Though I know that healthcare is being dragged through the courts, I just hoped he’d fight for it as hard as he allowed banks to get the biggest welfare check after slavery, or him igging critics in his support to drop NATO bombs in Libya, though the African Union has called for a peaceful resolution.

Yep, change did come, and it its not the change we bargained to get.

In the meantime, please buy a book for LA Banks to help support her return to good health. The last thing we need is a writer who writes more than “street lit” to pass before their time.