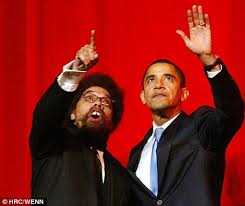 About a week ago, Salon posted an controversial interview with Cornel West. Here are a few excerpts from the interview:

So that’s my first question, it’s a lot of ground to cover but how do you feel things have worked out since then, both with the economy and with this president? That was a huge turning point, that moment in 2008, and my own feeling is that we didn’t turn.

No, the thing is he posed as a progressive and turned out to be counterfeit. We ended up with a Wall Street presidency, a drone presidency, a national security presidency. The torturers go free. The Wall Street executives go free. The war crimes in the Middle East, especially now in Gaza, the war criminals go free. And yet, you know, he acted as if he was both a progressive and as if he was concerned about the issues of serious injustice and inequality and it turned out that he’s just another neoliberal centrist with a smile and with a nice rhetorical flair. And that’s a very sad moment in the history of the nation because we are—we’re an empire in decline. Our culture is in increasing decay. Our school systems are in deep trouble. Our political system is dysfunctional. Our leaders are more and more bought off with legalized bribery and normalized corruption in Congress and too much of our civil life. You would think that we needed somebody—a Lincoln-like figure who could revive some democratic spirit and democratic possibility…

That’s exactly what everyone was saying at the time.

That’s right. That’s true. It was like, “We finally got somebody who can help us turn the corner.” And he posed as if he was a kind of Lincoln.

Yeah. That’s what everyone was saying.

And we ended up with a brown-faced Clinton. Another opportunist. Another neoliberal opportunist. It’s like, “Oh, no, don’t tell me that!” I tell you this, because I got hit hard years ago, but everywhere I go now, it’s “Brother West, I see what you were saying. Brother West, you were right. Your language was harsh and it was difficult to take, but you turned out to be absolutely right.” And, of course with Ferguson, you get it reconfirmed even among the people within his own circle now, you see. It’s a sad thing. It’s like you’re looking for John Coltrane and you get Kenny G in brown skin.

I support President Obama. I voted for him twice. I have written blogs and posted YouTube videos defending the President from right wing attacks. I will continue to do so.However, I support the brother Cornel West as well. His persistent, consistent, constant and piercing criticism of President Obama is, for the most part, painfully true. Even Obama’s most loyal and devoted supporters know that West’s analysis is factual and true. That is evident by their utter and complete failure to provide any solid or substantive response to his interview. Instead, they desperately try to drown out his bold voice with an ocean of insults and ad hominem attacks.West is wrong about one thing. Obama never campaigned as a true progressive. Ending poverty was not a top priority during his campaigns. He never campaigned as a black activist. He never promised to be a strong advocate for African Americans. In fact, his rise to national prominence was based, at least in part, on his post-racial rhetoric about one America. During the 2004 Democratic National Convention, Obama said:

No one should be surprised when the Obama Administration and its parrots constantly repeat the silly mantra that “he is not just the President of Black America.” You will never hear any other group of people embracing and repeating such a self defeating and pathetic slogan. Imagine the Jews saying Obama is not just the President of Jewish America. Imagine the LGBT community saying that Obama is not just the President of gay America. Imagine the Latino community saying that Obama is not just the President of immigrant America. Imagine white feminists saying Obama is not just the President of women. Those groups would never spout such nonsense. Unlike the black community, those groups do not surrender. They do not accept symbols over substance. They vigorously push their agenda. Unfortunately, we are pacified by symbols and gestures. We are so intoxicated and infatuated with the concept of black president that many of us have lost our minds and our principles. Anyway, no one should be surprised by Obama’s attempt to reach a grand bargain with the repugnant Republicans. During his first campaign, Obama did not promise to a strong opponent of the Republican Party’s right wing agenda. Instead, he sold the American people the post-partisan pipe dream of changing the way that Washington does business. He promised to find common ground and to bridge the partisan divide. Obviously, that goal was unachievable. If it was in fact a goal, the President has failed miserably. Partisanship has never been more intense and stark than it is now. The Republican Party and the Tea Party have done everything in their power to obstruct Obama.Moreover, no one should be surprised by Obama’s stance on the crisis in Israel and Gaza. Obama never campaigned as an advocate for the Palestinian people. Like all of his predecessors, Obama bowed before the altars of AIPAC and Israel. During his first and second campaigns, Obama laced up his shoes and tap danced for them like Bojangles.During his first campaign, Obama said that he would bomb terrorists in foreign land like Osama bin Laden without authorization from those nations. No one should be surprised by Obama continuing and expanding Bush’s drone policy. Again, Obama never posed as a true progressive. Otherwise, West is correct.Many avoid that truth by contrasting Obama and his past election opponents like Mitt Romney and John McCain. Clearly, Obama was the better choice in those elections. That is why I voted for him. Unfortunately, both parties are owned by Wall Street and AIPAC. In this two party corporate dictatorship, true progressive candidates and parties are not viable alternatives. Too often, they are unelectable. They do not have sufficient funding and resources to compete with the Democrats and the Republicans on a national level. They do not garner the same level of media attention as the corporate parties. Until that changes, we are forced to settle for people like Barack Obama.