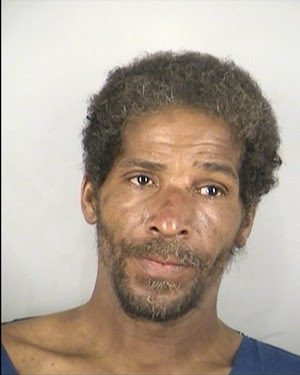 Hello? Damn, R. Kelly, is that you? Not sure if it is, but bruh is looking bad-den-a-mugg! Nah, dude does look like R. Kelly when he was in court wearing that orange jumpsuit, but it’s not him though. I don’t know, but that might be a good thing considering what dude in the pic above did this week. But then again, R. Kelly is on tour across the country these days, so somebody better check to see if he anywhere near Kansas City last Wednesday. We all know how he’s into freaky shit, so anything is possible, right?

Prosecutors have accused a 48-year-old man of sexually assaulting an unconscious woman on a sidewalk in broad daylight Wednesday and later telling police, “I thought that lady was dead.”

Jackson County prosecutors charged Melvin L. Jackson of Kansas City with a felony count of sexual assault in connection with the 11:30 a.m. attack in the 3400 block of Troost Avenue.

The victim told police she felt lightheaded while walking, so she found a shady area and sat down. She later lost consciousness and awoke to a witness yelling, “Help her! Get up off of her!”

The victim said she didn’t remember being assaulted, but she noticed her underwear had been removed.

A witness flagged down a nearby police car, and an officer arrested Jackson, who was walking down the street with his pants unzipped, according to court records. When the officer asked Jackson about his pants, Jackson allegedly said he touched “a lady’s leg” and “I thought that lady was dead.”

The witness told police she saw Jackson having sexual intercourse with the victim, who was in the fetal position, after another witness brought the assault to her attention, according to court records.

When police tried to interview Jackson, he allegedly blurted, “Did that lady say I did something to her?” He later said, “I have the right to remain silent,” according to court records. (source)

This is crzy as hell; and obviously, dude has issues. I mean I’ve seen some people do some crazy shit in the streets in my day. But to just walk up on some random sleeping woman, take off her draws, and have sex with her? In broad daylight? Because you thought she was dead? Clearly this cat was no EMT, nor mortician; and that my friends, maybe a good thing. Here’s to hoping somebody sprinkles him with Holy water before he returns to society.  At least he knew that he had the right to remain silent – pretty smart dude, no?

BREAKING NEWS: Tavis Smiley is a sellout, and a Slave Catcher....