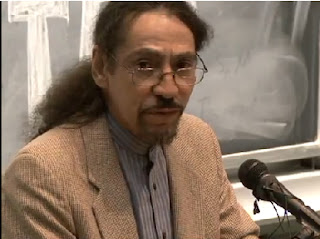 “Black America is so psychologically invested in this president that the discussion is not about whether his policies are impacting negatively upon us, but how the president can be protected, who is trying to bring him down, rather than how his policies are crushing us as well.” – Glen Ford

Not that I expected Obama to hire cashier number five from Big Lots to run the White House. But damn, why did he have to hire a Wall Street insider, one time pusher of NAFTA, and yet another neoliberal Clintonite. Appearing on The Real News Network with Paul Jay is my man, Glen Ford, the co-founder of one of my favorite sites: BlackAgendaReport.com. Check it out and tell me what you think about his views, will you? Personally, this is especially interesting to me, because he says what many of our folk aren’t trying to hear.

Is Obama a man of the people, or Wall Streets man?