Home Justice Michelle Alexander on the Hypocrisy of the Obama Administration on the War...
Share on Facebook
Tweet on Twitter
,
“Our lives begin to end the day we become silent about things that matter.” — Dr. Martin Luther King, Jr.

I don’t know how much of a stir Michelle Alexander’s statements have created throughout the blogosphere. But, as it has been seen throughout the Obama era, any critique of president Obama that links his race or cultural upbringing is a no-no. Let’s be honest, “certain people” aren’t too happy whenever his “blackness” is questioned. However, in the context of the War On Drugs and its obvious attack on people of color over the last 40yrs, Michelle is right in her commentary. Unfortunately, the central message will be missed in defense of Barack Obama as it always is; and, it’s a damn shame.

I was on MSNBC last night talking about the failed drug war. I called out Obama as a bit of a hypocrite, given that he, himself, has admitted to using cocaine and marijuana. If he had been raised in the ‘hood rather than in Hawaii by white grandparents, the odds are good that he would have been arrested. Far from being president of the United States, he might not even have the right to vote today.

As I pointed out in a recent post, Obama has flip flopped on his position regarding the war on drugs. In 2006 he clearly stated that said war has been ineffective, and questioned its method of application in the criminalization of certain illegal substances. Back then, he also recognized the egregious targeting of communities of color. But today, his stance is different; he has asked for more federal funds for the upcoming fiscal year 2012 to further increase enforcement of a now 40-year0old failed policy. 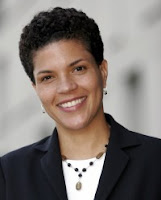 Of course some of you may see nothing wrong with this much like the guy I had a conversation with last week. In his opinion, there is no racial bias associated with the war on drugs. According to him, Black folks should be like white folks and not walk around with drugs in their possession. Which is bullshit because there is no empirical evidence to support the idea that people of color are genetically predisposed to drug use or sales. If anything, studies have shown that unlike white folks, people of color are more likely to face time in prison for drug convictions relative to white people.

Of course these facts don’t matter; as long as Blacks and other poor minorities retain the stereotype, all is well with America. I refuse to get into any debates over this today with anyone, especially a person of color as was the guy I spoke with last week. I’ll  however say this: If you think nothing is wrong with the War On Drugs targeting communities of color? Or that white folks are more just as likely to use drugs but get less time in prison? That’s fine! Don’t say shit when you get stopped by the cops and they go up your rectum with a Roto-Rooter without any probable cause other than your stupid ass being Black.

George Zimmerman’s Defense “Out of Money.”