Hypermasculinity is a psychological term for the exaggeration of male stereotypical behavior, such as an emphasis on physical strength, aggression, and sexuality [1]. Being that one of the first studies was done in 1984, thanks to Donald L. Mosher and Mark Sirkin, it is a “fairly new” concept. Still, it is well defined by the “macho personality”. And this personality leads to three variables: callous sexual attitudes toward women, the belief that violence is manly, and the experience of danger as exciting [2]. In short, hypermasculinity is your stereotypical male kicking his maleness into over-obsessive overdrive.

Also, it is a bunch of sadistic, and sexist, bullshit.

Still, many (Black)people hold onto hypermasculinity as if it is the definitive badge of Y chromosome possession. Case in point: in recent history, Michael B. Jordan and Ryan Coogler had recently taken a photo together for Vanity Fair. They were dressed up like the professional, and successful, men they are. To be frank, there was nothing more to make of the shoot. That is, until the hypermasculinity that plagues our society reared its ugly head in all of its patriarchal forms. 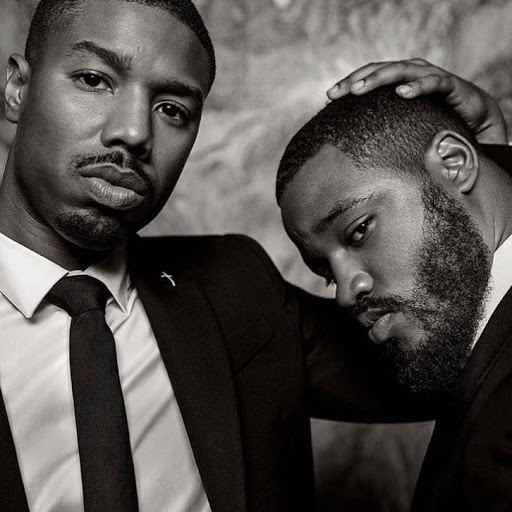 Many (Black)people did cartwheels of homophobic disdain over the picture. Yes, my good readers: they actually took a picture of brotherly affection into something way more sexual and perverse than it needed to be. From people questioning “why is he holding his head like that” to commentary of “effeminate” and “demasculation” (is that a word?) appeared out of so many Twitter fingers that it was really head scratching in how far they reached.

All of this conversation and topic trending on the internet over a picture.

Hypermasculinity Makes Losers of Us All

Damn, people. Is this it? Is this the summation of Black manliness that we are actually trying to achieve here? At what point is manliness is supposed to equate “no affectionate touching” or “making sure you don’t cup my head in any type of way”? Who is coming up with these retarded rules of engagement? And when are we going to stop dancing to the song of hypermasculinity?

Yet and still, I can’t be surprised. Black men are expected to be the “superior beings of inferiority” at every given moment. At the drop of a Lincoln copper penny, we will be called half-witted niggers and quickly dehumanized for whatever blanket faced reason between the pillars of racist expectations and jungle bunny-hyperviolent folklore. Meanwhile, as soon as there is an ounce of sensitivity, emotion, or – God forbid – affection shown between two Black men that have EVERY reason to embrace each other like brothers, there must be some sexual aspect to tarnish the moment. We are all expected to know by now that Black men can’t exhibit simple things like human emotion and caring for each other. Let’s face the bigger issue: Black male expectation swings pendulum style between deity-like to virulent animalism.

Between those extremes of expectations comes the place where Black men hold their stance with being human. No, Michael B. Jordan and Ryan Coogler should not be questioned on a PICTURE that suggestions nothing outside of brotherly bonding. No, Black men should never have to subdue ourselves to the petty expectations of patriarchal archetypes. And no, Black men shouldn’t do goof-ball things to readily assure the people around them that they are actually “men”. The egg-shell walking and Gregory Hines level tap dancing for respectability has gotten out of hand.

All of this just goes to show you what is wrong with our society. Hypermasculinity is not a badge of honor; it is a plague. And this plague has carried over into places and spaces it shouldn’t exist. A man can embrace another man that he respects in any way they want if it isn’t obviously questionable. Affection should never be limited to women and children. Then again, you cannot be surprised by the comments of those that are extra sensitive with their patriarchal beliefs over a picture.

You know: because they are bored.