From first glance, it seems as if Moise Morancy was raised right. The humble and engaging hip hop artist/activist/actor is also a man on a mission. His mission? Well, his mission is enlightenment and love. Also, Morancy believes in defending the defenseless and saving those that need saving. In actually, Moise Morancy’s most notable quality is being an awesome human being.

And his awesomeness came into bloom recently on a bus ride.

In fact, Moise Morancy proved his superheroism by saving a young girl from the clutches of a sexual predator. And to show that this story is an actual reality, I will post an excerpt here:

“So I saw him creeping on the inside of her leg,” Morancy told PIX11. “I said if you touch her, you’re going to have a problem with me.”

Morancy, 21, says he yelled at the man to stop touching the 15-year-old girl’s leg.

At first, he says no one else on the bus helped him, but then, eventually, one passenger started videotaping the struggle. When police from the 112 precinct arrived, they put both the suspect and Morancy in handcuffs until, Morancy says, they figured out who was the perp and who was the hero. And that’s when a black sergeant in the NYPD thanked Morancy for getting involved and helping to arrest 36-year-old Pablo Levano, now charged with forcible touching.

“I forget his name, but I want to say ‘thank you’,” Morancy said. “He said ‘you’re a hero’ and shook my hand and said I was you 20 years ago and that touched me.”

Morancy, who says he has been racially profiled in the past, says this whole incident has left him feeling better about the NYPD. And now his video’s gone viral with more than 2.3 million views on Facebook alone.

“I had to do what I had to do for the girl,” Morancy said. “And I urge other men to step in to intervene when someone’s being sexually assaulted. It’s disgusting!”

Morancy said the female victim gave him a rose as a thank you and the sergeant said he was a rose from a concrete jungle. [1]

And this is how a man of humble beginnings became the unsuspecting superhero for a young female in distress. Instead of relaxing and letting a situation slide, he acted. Moise Morancy put himself at risk to come to the aid of the aid-less. And for that, he should be commended.

Right now, though? I think a lot of men need to take note from Moise Morancy and step it up for our women.

Moise Morancy and Being a Man

Now, this isn’t a post to disparage men as a whole. Rather, this is a simple call to action. Too many times, women have been at the mercy of physical/spiritual/figurative predators while men have sat there idle. In too many cases, the men were the predators doing harm. What if we, as men, took the time to protect the women we surely have seen protect and raise us? What if we, as men, did our manly duties that we were put on this Earth to do? 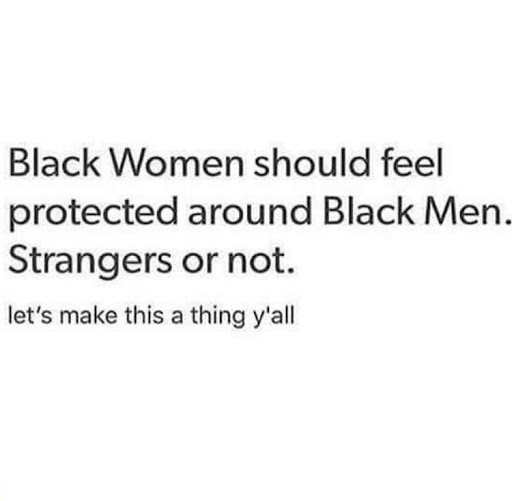 And this is what makes Moise Morancy such an inspiring individual. He didn’t rest on his laurels and do nothing. He saw a problem and he did his best to solve it. He became more of a superhero than many of the protagonists that are seen in comic books. In short, Morancy became more of a man by actually being a man.

Moise Morancy is my Hero

Moise Morancy made me proud by doing what he was supposed to do. And no, this isn’t a reward for something that he should do anyway. Rather, it is acknowledgment for doing what many wouldn’t dare. And that is the thing that bothers me the most. Men, let us take the time to actually be the men we were genetically wired to be. Let us take the oath to protect our women from the societal predators that exist.